A recent study has shown craniosacral therapy to be effective in improving pain intensity, functional disability, and health-related quality of life. It is a non-invasive approach that uses gentle manual palpation techniques to release fascial restrictions between the cranium and the sacrum.

In this study, 54 patients were randomized into either 8 weekly units of craniosacral therapy or light-touch sham treatment. Outcomes were assessed before and after treatment (week 8) and again 3 months later (week 20). It was observed significant effects on reducing neck pain intensity for up to 3 months after the intervention. 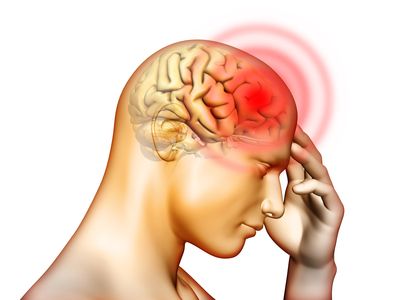 Craniosacral therapy is also a popular non-pharmacological approach to the treatment or prevention of migraines. According to an experimental research ,on people who suffered from at least two migraine attacks per month, CST alleviates migraine symptoms. The 20 participants of this experiment received six craniosacral treatments over four weeks, and all participants reported that CST was effective.

How does Craniosacral Osteopathy impact the body?

A CST trained osteopath, chiropractor or massage therapist will use manual palpation to regulate the cranial sacral system, (also called parasympathetic system), which is responsible for slowing the heart rate, increasing intestinal and gland activity, and relaxing sphincter muscles in the gastrointestinal tract. There are two functions that are affected by craniosacral therapy:

1) The cerebral spinal fluid (CSF), which is part of the craniosacral system and has been shown to have a role in ongoing migraine episodes. Some studies have linked increased CSF pressure to migraine episodes, and craniosacral therapy regulates the pressure of CSF. The regulation of the CSF is extremely beneficial to the patient, as this body fluid is responsible for protecting the brain within the skull, to serve as a shock absorber for the central nervous system, as well as circulate nutrients and chemicals filtered from the blood, while also removing waste products from the brain.

2) Enhances the function of the Autonomic Nervous System , which consists of the sympathetic and parasympathetic systems (or craniosacral system). Interestingly,Migraines as well as Chronic neck pain have been linked with a dysfunction in the Sympathetic Nervous System, which studies have demonstrated to be positively affected by craniosacral therapy.