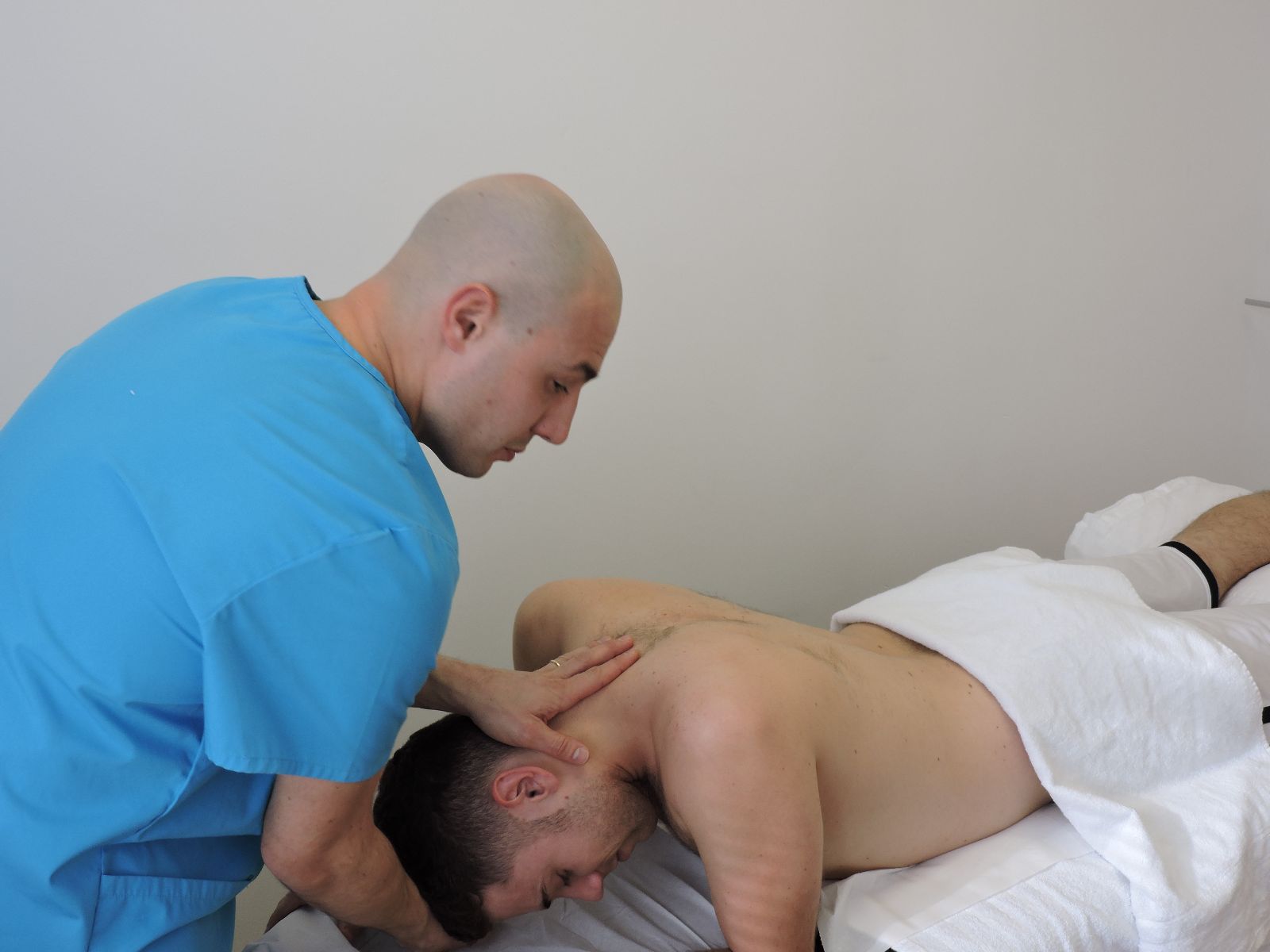 Joint dysfunction is one of the main causes of neck pain. Most of the time, the underlying cause is attributed to a disorder of the facet joints, which is attributed to disc disruption. Dysfunction can cause a secondary muscle spasm, which will only lead to more stiffness and pain.

Cervicothoracic Joint Dysfunction Anatomy Within the cervical spine, seven cervical vertebrae connect the base of the skull to the upper back (known as the thoracic spine). Vertebrae articulate with each other through intervertebral joints including the facet joints and discs. The thoracic part connects to the rib cage and extends downward roughly five inches past the base of the shoulder blades where it joins with the lumbar spine. Twelve vertebrae make up the thoracic spine. Even though the cervical spine is designed for flexibility and the lumbar spine was created for flexibility and power, the thoracic spine is designed for stability. Stability plays a key role in making sure the body remains upright. It provides protection for all of the vital organs within the chest. So, in summary, where the upper back (thoracic spine) joins the neck (cervical spine) the transition is called the cervicothoracic joint (sometimes called cervicothoracic junction). The joints in question are known as facet joints. These are pairs of joints which connect each vertebra. The facet joints at key connections tend to be under the greatest strain, with the junction between the neck and upper back being one of those key connections. One of the biggest issues is that the vertebrae of the neck (C7) and thoracic spine (T1) can become flexed, i.e. bent forwards. This is often due to a repetitive forward neck bending, for example, those who do a lot of reading or laptop use. As the vertebrae flex forwards, they typically become stiff, and this can lead to pain. This is known as a flexed CT, and exercises can help relieve this issue, but it can take a few months!

How to Treat Cervicothoracic Joint Dysfunction:

Tips: • Cervical dysfunction remains a very common type of neck pain. It affects both men and women, and can occur at almost any age. • Most of the time, the dysfunction is the direct result of poor posture, with the head held in flexion. Too much flexion compromises the position of the joints, leading to stiffness and dysfunction. • A sudden blow to the head of something that jerks the neck can often causes cervicothoracic joint dysfunction. An example would be whiplash. • Even though the condition is often self-limiting, it can recur after another injury or strenuous activity. • Treatment from a manual therapist is often the no.1 choice of treatment, followed by exercises. • For some individuals, chronic pain can follow in certain instances, and this often requires a more intense form of treatment over a longer period of time. Also, poor posture must be addressed. Repetitive forward neck bending must be reduced.